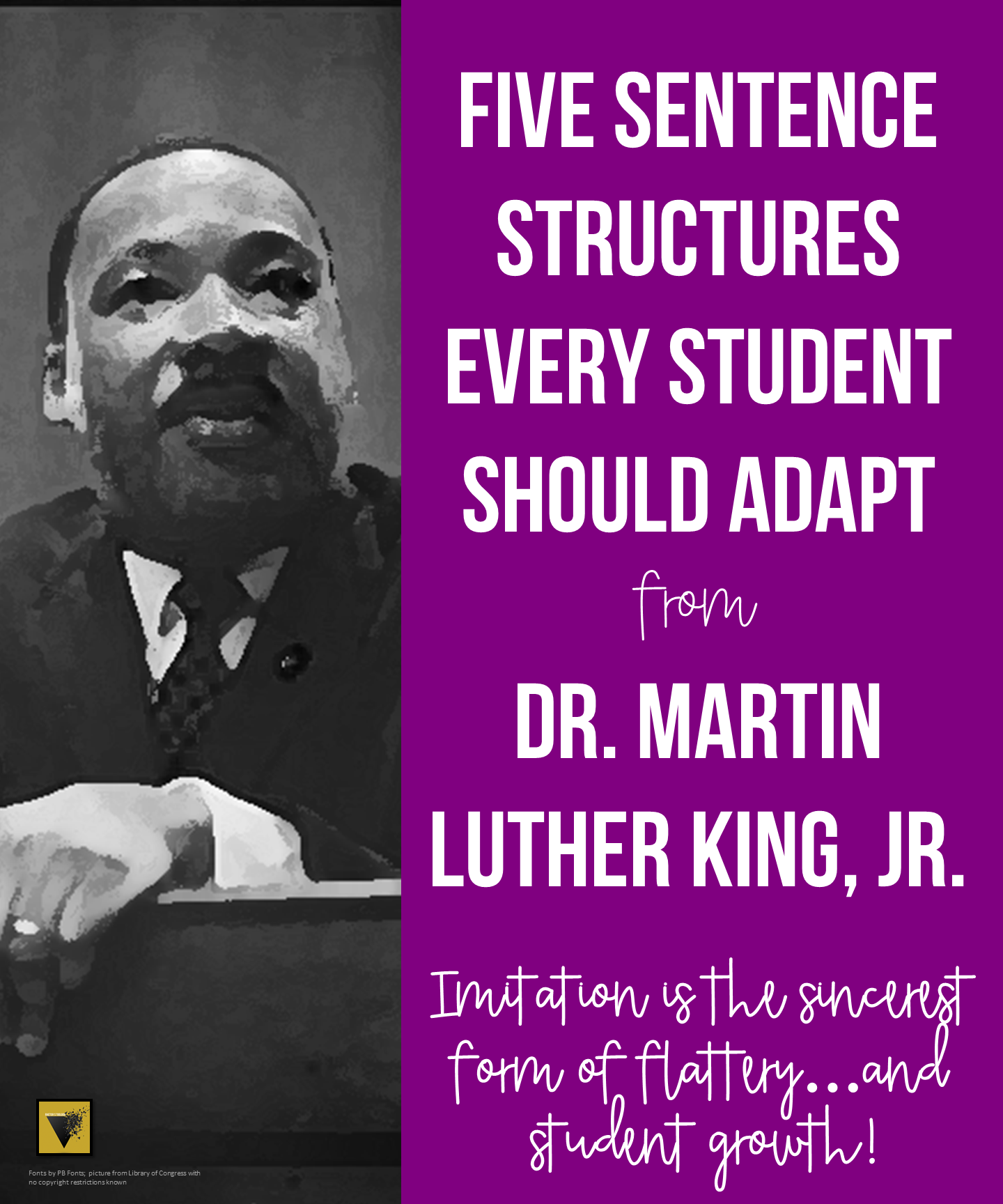 Imitation exercises are one of my favorite ways to teach students sophisticated writing. In honor of Dr. Martin Luther King, Jr.’s powerful rhetoric, I pulled five incredible quotes from his speeches and writings and created sentence frames that students could use with their own content. If you’d like this in handout form, I included this handy PDF freebie just for you.

Through our scientific and technological genius, we have made of this world a neighborhood and yet we have not had the ethical commitment to make of it a brotherhood. But somehow, and in some way, we have got to do this. We must all learn to live together as brothers or we will all perish together as fools.

Nonviolence is absolute commitment to the way of love. Love is not emotional bash; it is not empty sentimentalism. It is the active outpouring of one’s whole being into the being of another.

We must move past indecision to action. We must find new ways to speak for peace in Vietnam and for justice throughout the developing world, a world that borders on our doors. If we do not act, we shall surely be dragged down the long, dark, and shameful corridors of time reserved for those who possess power without compassion, might without morality, and strength without sight.


Martin Luther King, Jr., “Conscience and the Vietnam War,” The Trumpet of Conscience, 1968